In this video, Lena from Ukraine talks about her time as an 8-week volunteer in the building order.

I’m from Mykolaiv, my name is Lena and I lived and travelled around Germany for free.

Lena from Ukraine talks about her construction camps My classmate told me about her adventures in Germany.

I really wanted to go to Germany, but the borders were closed and I had to apply for a visa. And here the stay was for nothing….

The first camp was in a home for the elderly. The work was rather light. The working hours were organised so that we didn’t have to work overtime and had time for hobbies, so we travelled and relaxed. We couldn’t really speak German or English. It helped us that the groups are arranged so that even if you don’t speak a foreign language, there is a person who speaks your language and either German or English. That helped us a lot.

A big plus was that all travel costs were covered by the Bauorden, so we didn’t have to pay anything except for our private expenses. In the groups there were mostly people from different countries and they made an effort to share their culture with the others. The Italians, for example, tried to teach the others how to cook Italian or make coffee. Although we came from different countries, we were able to find a common language.

If there were any difficulties with the work camp or the organisation, we could always call the Bauorden office. They always helped us to solve problems. I learned a lot in the camps because I was there all alone without my parents. This is a great life experience for young people who have never lived without their parents. When my parents found out that I wanted to go to Germany to participate in the volunteer programme, they didn’t understand what it was all about at first. They were afraid that I would pay for room and board and work for free, but it turned out that I spent a total of 100 euros for those two months. That was enough to even buy gifts.

During the eight work camps, I travelled almost all over Germany. Being able to exist, live and find a common language in an international environment – after this programme it generally becomes easier to communicate with other people. The biggest challenge is probably when a group is formed and people get used to each other, and then after two weeks you have to say goodbye to these people. That’s the most difficult thing, because in the next camp you will have to meet people again, get used to them again and say goodbye to them again.

I would recommend this programme to young people, especially between the ages of 18 and 22 or 23, because at that age it’s really very interesting. Because when you get older, your priorities usually change a bit. It’s a great experience and it’s worth trying – at least once in your life. 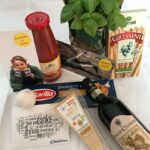 Dear volunteers, we invite you to an evening full of goodies and stories. Cook your friends, family, neighbors or whoever else is in the mood for delicious spaghetti! The building … Weiterlesen 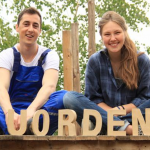 The board of directors, employees and association members of the building order will meet in Ludwigshafen for an annual planning meeting for 2022 on September 11, 2021 (10.45 a.m. – … Weiterlesen 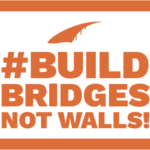 The Bauorden is happy to be a part of this alliance and will work as part of its international youth work to make Europe a safe haven for people in need. Bauorden declares its solidarity with all people on the run. We expect those involved in German and European politics to immediately turn away from the restrictive isolationist policy and send a signal to the world for more cohesion in difficult times. We have also been helped many times, let’s do it ourselves today and in the future. Let’s not leave anyone behind! #LeaveNoOneBehind 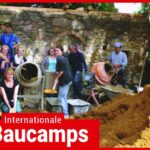 Construction site internship for students in the fields of architecture and civil engineering: combining the useful with the good. Help in social projects and at the same time complete a … Weiterlesen

Next Page »
We use cookies on our website to give you the most relevant experience by remembering your preferences and repeat visits. By clicking “Accept”, you consent to the use of ALL the cookies.
Cookie settingsACCEPT
Manage consent